Volunteers and friends of our foundation organized various charity events to help a 16-year-old boy to fight glioblastoma. 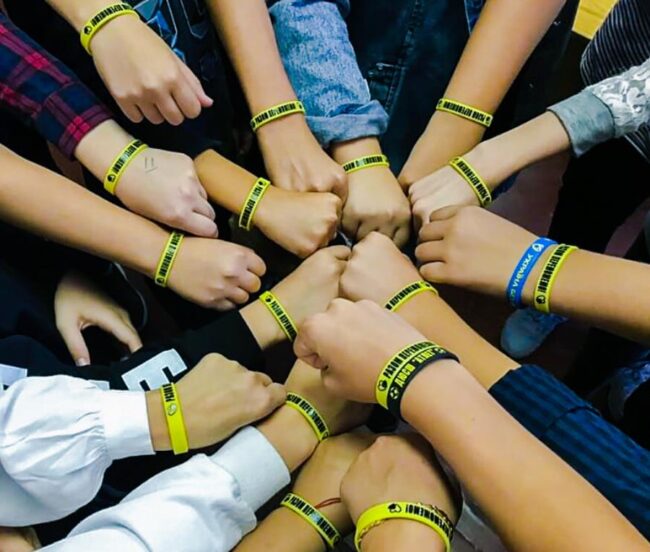 Nikita Maletsky dreamed of becoming a famous football player. Since he was 7 he trained vigorously for 20 hours a week, and took part in competitions for junior football club Athlete. But a malignant brain tumor ruined his plans. After removal of the tumor, he went through chemotherapy. However, the result was negligible. The doctor suggested Nikita to find a clinic where innovative methods of treatment of glioblastoma were used.

At that time, treatment in Germany was suitable, but it costed about 90,000 EUR. Krona Foundation opened an online donation channel on our website and on the website of Ukrainian Philanthropic Market. Soon it appeared that the circle of people who were helping Nikita gets wider.

Friends of our Foundation have organized a charity online marathon 14 days without sugar. 150 people joined it. Participants had to set healthy goals for two weeks: to change eating habits, to do squats, to run, to do abs – and made donations to help Nikita.

Car racers invited him to a spectacular auto-drift competition and gave a chance to experience adrenaline rush next to professional driver.

Creative people joined too: film producer and screenwriter Iryna Vratariova, journalists of 1+1 and ICTV channels. In intervals between blocks of chemotherapy, Nikita’s positive emotions were stimulated by meetings with TV presenters and visits to the studio of Breakfast with 1+1 program.

Managers, parents and children of junior football club “Athlete” organized several charity fairs and auctions. They made yellow bracelets TOGETHER WE WIN! and sold them for charitable donations. About fifty parents and school students already wear such bracelets to support Nikita. Some kids cooked homemade cake and muffins, decorating them with football symbols, and invited residents of their neighborhood to sweet fair.

Ukrainian Football Association has announced its charity auction to support Nikita. They raffled unique T-shirt that belonged to famous player of the National Team of Ukraine. They also donated some money from ticket sales for a friendly match Ukraine-Nigeria that took place in Dnipro on September 10. In total, UAF donated 70,000 UAH for Nikita’s treatment.

А «Pizza House» came up with a special offer, Football Pizza. Each sale of this dish donates 20 UAH in favor of Nikita. Every Wednesday is Thanksgiving in this company: they publish a list of donators who bought Football Pizza and helped the boy. The funds are transferred Nikita’s parents. Pizza House has sold more than 1,400 of special offers.

2/3 of the sum to cover Nikita’s treatment are already collected.

If you liked this article, please share it with your community